I missed Sketchbook Sunday yesterday.  I kept thinking it was Saturday all day!  So here it is, one day late, before I exile myself from the internet again to work on commissions. 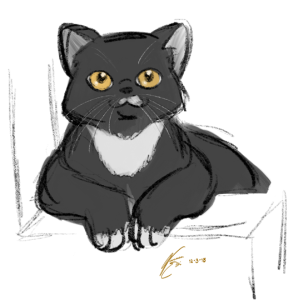 I’ve drawn my cat Buster for Sketchbook Sunday before but wasn’t very happy with it, but I am this time!  I was watching TV with my husband last Monday, and Buster was sitting in his chair with her paws up on the arm of it looking so cute that I had to grab my iPad and draw her right away!  She may become a more frequent sketchbook subject if she continues to be this cute all the time!

I got the idea for this part-unicorn creature after watching a couple of Guillermo del Toro films, especially Pan’s Labyrinth.  I just love the monsters and creatures in his movies.  (There will probably be an Amphibian Man sketch in a future post!)  This doesn’t look much like a del Toro creature, but still, seeing them inspired me.  I plan on turning this into a full creature design; I just haven’t decided if it will be more human-shaped or more centaur-like.

My sketches on Wednesday and Thursday were done quickly because I didn’t have a lot of free time.  I’m not entirely happy with them since they’re pretty standard, generic character designs.  I feel like I could do something more interesting with them later.

At some point during the week, I saw a photo of an adorable, lumpy little frog, and thought ‘I can make a creature out of this!’  And here is my first drawing of him!  There are things I’d like to redo, like his arms and giving him more creative clothing, so you can probably expect more frog designs in the future, too.

When I can’t think of what to draw, I draw The Zeta Project!  Saturday was not a very creative day for me, since I was working to finish one commission and start on the next, so I fell back on my old favourite.  Here’s Zeta and his human form Zee, both in running poses.

And one last sketch before I disappear to work on a new wrestling t-shirt.  An old character, slightly redesigned, from a fairy tale story that I keep telling myself I’ll write one day.  Maybe one day soon.  I have a lot of time for drawing now, after all! 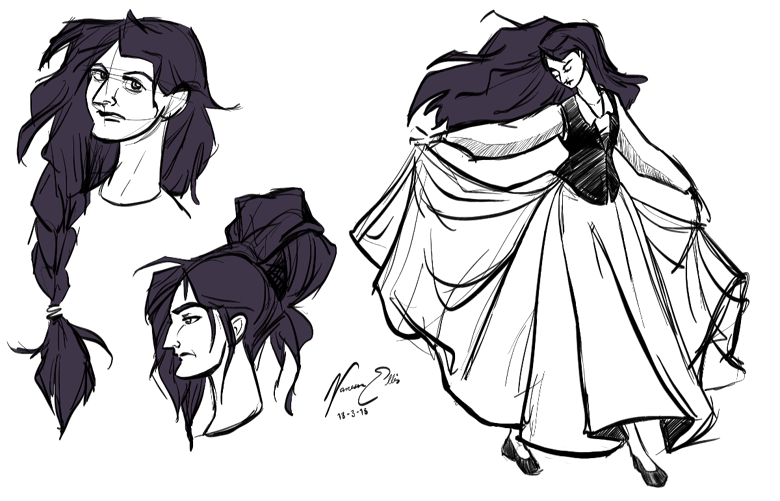 Don’t forget to check back on Wednesday, when I’ll embarrass myself by digging up the oldest piece of art I can find!